The most memorable part for anyone who watches a takraw game is the spike. There is no proper way of spiking, but the most lethal of all spikes, known as the roll spike, requires a certain degree of agility combined with athleticism. In short, takraw strikers are agile and are quick to react.

There are many forms of spiking, thus a player must find a suitable style that is comfortable to him/her. The most common spike among beginner would be known as the sunback spike or what some may call the scissors spike 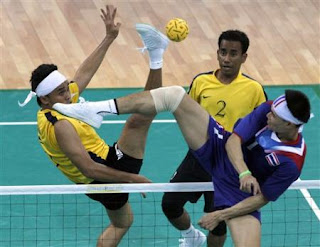 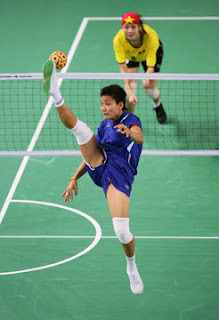 
A roll spike  is when a player jumps his back to the net rotate in the air kicks the ball over his shoulder opposite his kicking foot making him to flip over. It’s the most dramatic move in any game. The roll spike is what catches most peoples attention the first time they witness a takraw game. Some of the shots can be at off speed pitches as that will mess up the defence. The roll spike is considered to be the most powerful and difficult spike in takraw, due to acrobatic moves, the roll spike allows a players full body weight to be put behind the power of the ball, causing it to reach speeds of up to a blistering 130 km/h. 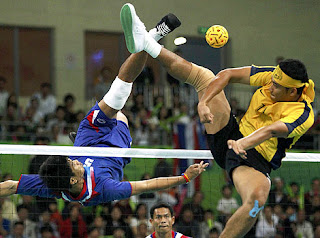 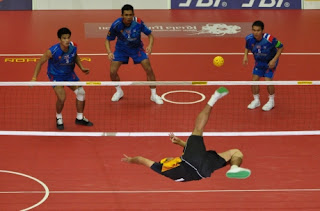 With great technique and power there is bound to be a defence against such spikes. Like volleyball takraw players too block spikes. With that in mind there will always be a 50/50 chance of the spike being successful, thus a striker must choose whether he/she will opt for power or placement with each having its owns set of pros and cons. 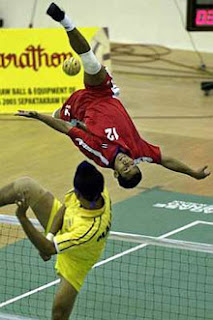